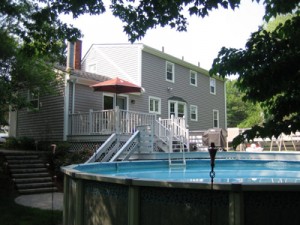 Owned and operated by David Downey, Roncap Company took its first breath in 1971. It began when my father, Ron Caponigro, took a leave of absence from his job at A. Caponigro, in effort to achieve the American dream. He purchased two tenement houses, in Attleboro, and set out as a rental property owner. He used the time to completely remodel both houses.

After 20 years at A. Caponigro, he was well equipped to succeed at this venture. He started as early as 12 years old at A. Cap, sorting nails purchased in bulk, by his father. By the age of 16 he was moving around house lots preparing the sites for house foundations. With a natural talent, over the years, he moved effortlessly through all stages of home building, from framing to finish work, even assisting with building chimneys on homes. My Dad fondly recalls when much more of a home was built by on-staff carpenters.

Aluminum siding made its debut in this area about the same time we did. Although the concept was very new, Roncap Company was one of the few installers in the area for the product. It wasn’t long before the product was improved and vinyl Siding stole the market for residential applications. Vinyl was better able to mold a wood-grain look into its panels. Homes were remodeled with new products that looked as good as the day they were installed for many years to come, with little maintenance. Popularity soared and soon vinyl was the preferred application for even new construction. With quality craftsmanship, Roncap Company carved a place in the remodeling market, installing vinyl siding, vinyl replacement windows, roofing and decks. The community came to recognize our name as a respected contractor. 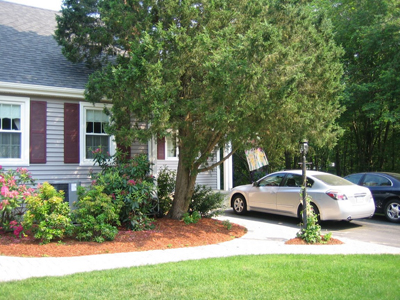 David began his career at Roncap in 1985, as a salesman. He quickly became rooted at Roncap and sales increased steadily from when he began by nearly three times. Once my father was ready to retire retired in 2003, David purchased the business. With eighteen years under his belt, it was an easy transition.

Today, Roncap Company continues to be a leading installer in the industry. Our staff is second to none. Each one has earned a place here at Roncap and we’re proud of their outstanding contribution that has made us what we are today. Roncap Company is a family run business with a dedicated staff, all from greater Attleboro. Many have been with us for over 20 years. In fact, two of our staff are father and son (Scott and Roger Dieterle), two are brothers (Arthur and Cliff Titus) and Walter is from Europe.

Thank you for visiting our website. We look forward to with you on any of your future remodeling needs. The quality of our work will dazzle your home!